skip to main | skip to sidebar

Francis Fukuyama’s “The End of History?”: A Summary

Francis Fukuyama’s essay is another useful resource for us as it represents a different aspect of the civilization exclusivity question. “The End of History?” concerns the rise and fall of major ideologies such as absolutism, fascism and communism, and suggests that human history should be viewed in terms of a battle of ideologies which has reached its end in the universalization of Western liberal democracy. He argues that although its realization is still in process in the material world, the idea of Western liberalism has triumphed, as evidenced by the worldwide growth of Western consumerist culture and the gradual movement towards democratic or liberal reforms in countries that previously embraced alternate ideologies.

To further explore the idea of history with a beginning, middle and end, Fukuyama discusses the work of the philosopher who proposed the concept, Georg Wilhelm Friedrich Hegel, and the more recent interpretations of Hegel’s work by Alexandre Kojève. While his idea has been used to support other ideologies, Hegel saw the French Revolution in 1806 as the event that signalled the triumph of the liberal and democratic system. While the real world had yet to reach that state, the ideas of man’s universal right to freedom and of government by consent had been realized in the form of an ideology that could not be improved upon. When they became embodied in the world, Kojève argued that conflict over the type of “large” issues that characterized history would cease and mostly economic activity would remain. (Learn more about Kojève and his arguments here)

In order to appreciate Hegel’s theory, Fukuyama explores his assertions of ideas as the driving force of history. Hegel described these ideas as “ideology”, encompassing not just political doctrines, but the religion, culture and moral values of society as well. Unable to change the material world, these ideologies would still have affects on its future direction. According to Hegel, ideology is the “cause” in the long run, of the real world’s direction. This means that to properly view current events one must consider the history of ideology. The modern economic policy that views the world only in terms of needs and wants and rational maximizing behaviour can’t completely explain lifestyle choices by itself. To consider economic success in Asia as evidence of free market viability without considering societal aspects of work ethic, frugality and other moral qualities is to ignore the part ideology plays in all current world events. Fukuyama reveals the importance of this argument as it means that economic liberalism does not produce liberal politics itself, or vice versa, but that both of them are the result of a previous consciousness. (Learn more about Hegel and his arguments here)

To evaluate whether, considering these specifications, history really has ended, Fukuyama looks next at whether any core conflicts of human life remain that could only be resolved by a political-economic structure other than modern liberalism. In terms of mankind’s “common ideological heritage”, two such alternatives have been fascism and communism. The seemingly self-destructive nature of fascism was revealed during World War II, and its failure has deflated further fascist movements. 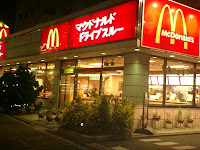 As communism’s case against liberalism has weakened with the rise of equality in the legal and social structure of the classless West, so has support for communism in the West, and elsewhere. By extent of the Hegelian view, world-wide embracing of consumer culture can be seen as a move towards economic liberalism, and political liberalism must follow. Those countries still under communism are only an anomaly on the international front, and the important fact is that very few still believe in the ideology. Fukuyama expects this will result in a mounting pressure for change as alternatives to Western liberalism are exhausted.

Finally, Fukuyama explores what the end of history would mean for international relations. While the ideology has arrived, for the foreseeable future much of the world will continue to cause conflict as they move there. With the leading countries in a post-history state it is commonly thought there will still be little result because national interest is always a much stronger force than ideological theory. But as Fukuyama expressed with materialism and economics, international relations are also the result of preconceived ideologies. Nationalist inspired expansionism similar to that seen in nineteenth century Europe is what we are supposed to expect from “de-ideologized” countries. But the fact that they believed in imperialism disqualifies them from being considered truly liberal, and Fukuyama argues it was different forms of ideology that they used to justify their imperialism. Since fascism’s defeat in World War II all expansionism has been done in establishment of defence against others with overtly-expansionist ideologies. After liberalisation of market and economy, expansionism disappears.

Communism is losing its power as a truly excepted ideology, and without a significant alternative a common market will continue to grow and large scale ideological conflict will fade away. But Fukuyama suggests that conflict will continue on another level. Those areas that have not reached the end of history will continue to be in conflict with those that have. Nationalist conflict and ethnic conflict have not played themselves out yet, and Fukuyama predicts they will result in increases in terrorism. As we move to economic conflict and environmental issues instead of the powerful and inspiring conflicts of history, Fukuyama supposes a state of tediousness may even “serve to get history started once again.”

To read Fukuyama’s article in full, visit this link.

Photo courtesy of Wikimedia Commons.
Posted by skram at 7:19 PM

Considering that our exploration of Civilization Exclusivity centers on Japan, it is interesting to note that Fukuyama singled out Japan for individual attention at one point in his essay. Fukuyama viewed Japan's adaptation of capitalism and political liberalism to their unique traditions and institutions as a triumph of the "truly universal consumer culture that has become both a symbol and an underpinning of the universal homogenous state." But what was a refutation of civilization exclusivity for him, could be taken the other way as well. In his notes, Fukuyama added that "Kojève late in his life came to conclude that Japan, with its culture based on purely formal arts, proved that the universal homogenous state was not victorious and that history had perhaps not ended." Whether or not time and the volume of information and material exchanged between Japan and the West has at all influenced or changed the modern manifestation of the "purely formal arts", would be another point to look into.

I deeply thank you for this summary. It really helps because I have to finish reviewing Fukuyama's article within 3 hours started from now.

thank you as well, even though this 2013. im doing a presentation about the guy and the end of history and the last man and there is so much complicated info to go through. this summary has made everything a bit more digestible.

Thank a lot for this summary, it really help me to understand the big article within half hour. . .

Thank u so much, I have a international relations exam in an hour , n I needed this to pass <3

Correction: the French Revolution period is 1789-1799. thanks

Does it block any further good or bad development in the world either politically or economically?but why

This blog is a group project for English 392: World Literatures in English, at Simon Fraser University. It enables us as students to explore and form opinions about civilization exclusivity, while focusing on Japanese culture and how the West represents or interprets the Japanese aesthetic. Our aim is to maintain a dialectic in which fellow students can also engage the cultural exclusivity question and form their own opinions. Throughout this blog, we will be exploring articles and concepts presented to us in-class, as these sources provide a diverse and well-rounded foundation for both sides of the civilization exclusivity argument. Primarily, we will explore Kazuo Ishiguro's Remains of the Day to support and enhance our dialectic, while bringing in other primary class texts where needed. These texts will include Robert Twigger's Angry White Pajamas, and Haruki Murakami's Norwegian Wood. We will also call upon our own personal experiences of Japanese culture both in and out of Canada. Enjoy!